A new Auckland housing development is an example of how private interests can work with public good to help get New Zealanders from all walks of life into warm, safe, secure homes. Wattle Park, a greenfield development of 112 brandnew homes on Mahia Rd in Manurewa, was officially blessed at dawn on 4th September 2020.

Of those houses, most are two-bedroom, but there are also one-bedroom and five-bedroom homes in the community housing mix, reflecting the different communities that each CHP serves. Each CHP secured a combination of funding from the Ministry of Housing and Urban Development, and lending through banks in addition to committing some of their own resources in order to finance and pay for the new homes. Some of the new Community Housing Provider homes at Wattle Park Community housing partnership in South Auckland gets more Kiwis into new homes. Attractively situated on a slope overlooking an estuary, there is a lovely outlook over the mangroves. The developer has made a feature of the natural environment, with walkways along the waterline and a feature made of a small creek. Residents will be able to enjoy the natural surrounds, and it will be a great place for kids to play and explore without feeling too ‘planned’ or artificial. Samoan pou, sourced from a hotel in Samoa, will form part of the landscape.

The homes themselves feature robust materials and are positioned for the sun. They are also built with accessibility in mind, with some homes particularly suited for those with mobility needs. Doubleglazing and good insulation will help keep them warm.

It’s a success story for community housing, and the CHPs worked hard with Watchman Capital property developer Marcus Jacobson to make it happen. “Marcus put in a huge effort pulling together the various parties including the Government’s KiwiBuild and Public Housing Programmes, as well as the 3 community housing providers, and keeping us heading in the same direction,” Accessible Properties housing development manager Nigel Smith says. Signature Homes is building the properties, which are blind tenure – meaning it’s not obvious who is a community housing tenant, or who owns each house.

“It is a fantastic mixed development right on the estuary waterfront with community owned social housing, homes available for first time buyers and the general market,” Emerge Aotearoa national housing manager Hope Simonsen says. The development also has a natural small creek running through the middle of it. Penina Health Trust chief executive Roine Lealaiauloto says the project is testament to providers working together. The trust has 15 two-bedroom homes in the development, and is its first-ever development. “We are excited about it obviously, we had to make sure people work together, because housing is a complex problem and no one organisation is going to be able to deal with it alone,” she says.

The three organisations intend to establish a thriving community, so the CHPs will be meeting on a regular basis and involving tenants in decisions that affect them. “It’s important that people have a say about what happens in their community,” Hope says. “The mix of one, two, and five bedroom homes will also attract a range of family sizes, creating a truly mixed community.”

“One of Accessible Properties goals is to provide a place for the people we house to belong and thrive, where they are included and have the opportunity to make a positive contribution to their community.” Nigel says. “The Wattle Park development has a really good feel to it and I believe we have laid the foundations for what will hopefully be a strong and vibrant community." Roine agrees adding that “Stable, adequate housing means that kids don’t go to 10 different schools before they turn 10, it means they can keep the same set of friends, they are grounded, have memories and long-term relationships, and that they can stay connected to their local communities.” 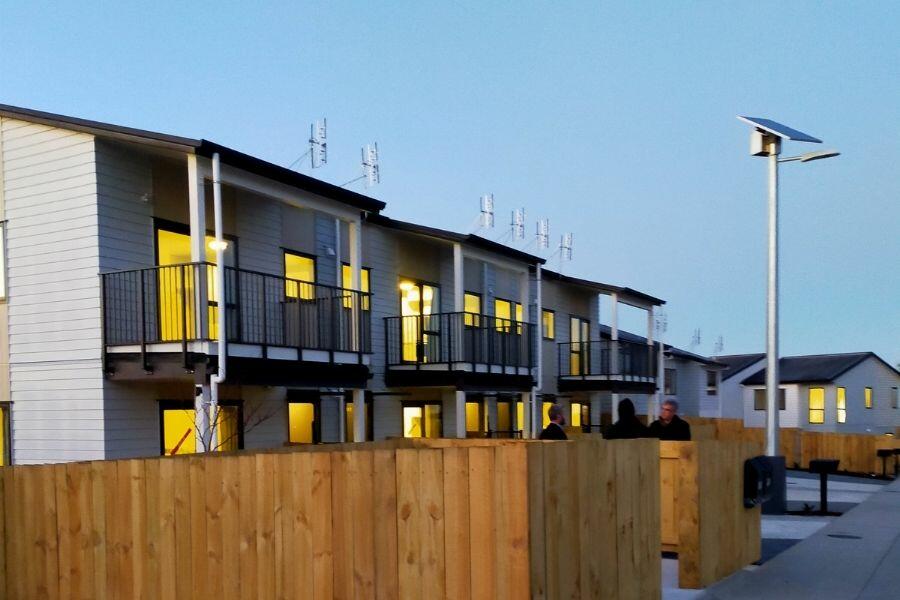